There are 13 types of bulldogs that you should definitely know about and if you don’t – here’s your chance to explore the various types. 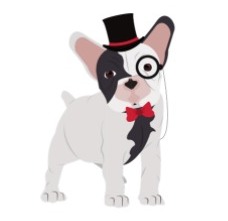 In this bulldog guide, you will learn about the:

With several other extinct breeds, which are:

Throughout history, bulldogs were traditionally used for dogfighting and other bloody sports.

Well, fortunately, those days of dogfighting are long gone!

Today, humans keep bulldogs for better purposes such as having them as a companion and for protection. Bulldogs are known to be quite powerful dogs, so what’s better than having a friend that loves and protects you?

One of the first types of bulldogs on the list is the Alano Español otherwise known as Spanish Alano or Spanish bulldog. These bulldogs are Spanish breeds as you can already tell from the name.

Throughout history, the Spanish bulldog has been used to cattle catch as well as guarding their owners and properties. For popular events such as Spanish bullfighting, these bulldogs were once used as helpers. 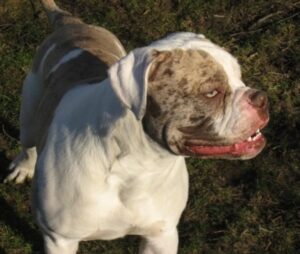 This bulldog has a little hair coat. As intimidating as they seem, they’re probably one of the most loving dogs if taken care of properly. 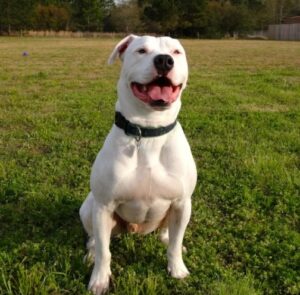 In some parts of the world, the American Bulldog is sometimes used for showing. These dogs are knowing to be quite strong and capable. 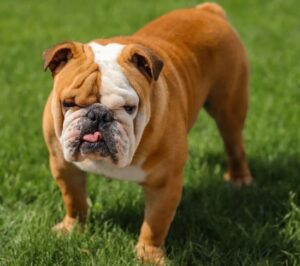 Fourth on the list is simply known as the Bulldog. Others call it the English Bulldog or the British Bulldog, but that’s alright – you can call it whatever suits you! These bulldogs are generally medium-sized and are muscular as you can see from the image above.

In 2017, this type of bulldog was the fifth most popular purebred in the United States. These bulldogs have been a part of English culture for many generations. 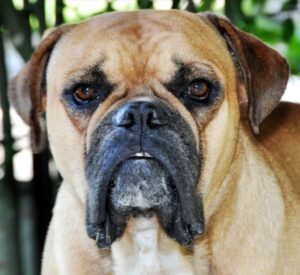 The Campeiro Bulldog otherwise known as Buldogue campeiro in Portuguese is a type of bulldog that was uncovered in southern Brazil. There is a belief that these bulldogs came from the Old English Bulldog (introduced by Europeans), which is now extinct.

Maybe you might recognize it but other common nicknames for the Campeiro Bulldog are Brazilian Bulldog, Countryside Bulldog, and Pampas Bulldog. 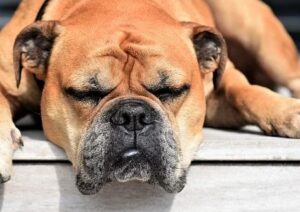 The sleeping bulldog in the image above is the Continental Bulldog but there are many bulldog enthusiasts that call it Conti for short. This type of bulldog is one of the newer breeds that was developed in Switzerland.

The Continental Bulldog wasn’t officially recognized up until 2005 by Germany and Switzerland.

Don’t let those puppy eyes and its tiny duckling toy fool you into giving them a dog treat. The French Bulldog is known as bouledogue in French was bred to become companions with humans about a few centuries ago.

Not hunting, not dogfighting, not bullfighting – instead, they were created to become your friend!

The French Bulldog’s breed came from Toy Bulldogs in England around the 1800s. These bulldogs are charming, miniature, and friendly. 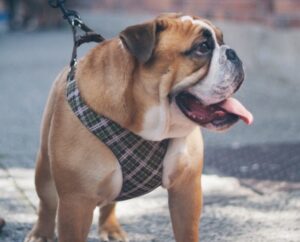 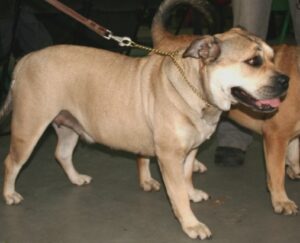 The Perro de Presa Mallorquin, Ca de Bou, or Majorca mastiff whichever name you prefer to call it. This bulldog ranges from size medium to large and they’re a Molossian type of breed. These bulldogs are without a doubt strong and well-built.

After the tragedy of World War ll. the Perro de Presa Mallorquin nearly went extinct. Fortunately, there were a few that remained and eventually crossed with the British/English Bulldog and Spanish Bulldog. 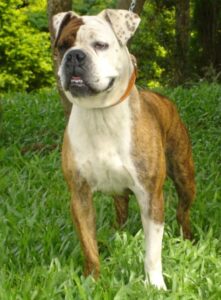 Another Brazilian breed of bulldogs is the Serrano Bulldog. These bulldogs are great for guarding and protecting their owners and properties, most especially with cattle.

For the Serrano Bulldog, Serrano is a word that came from Brazil describing “those who are from hill-like areas.” 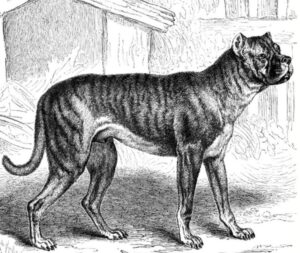 The Bullenbeisser (German Bulldog) is, unfortunately, one of the three types of bulldogs that are now extinct. This type of bulldog was known for its powerful strength and speed.

An interesting fact about the Bullenbeisser is that they’re ancestors to the modern Boxers we know today.

It’s truly unfortunate that these bulldogs became extinct due to crossbreeding. 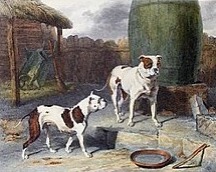 The Old English Bulldog is second on the list that is now unfortunately extinct. These bulldogs were wide and muscular and they can grow up to 15 inches in height.

According to historians, they are confident that the Old English Bulldog came from war dogs in the past. 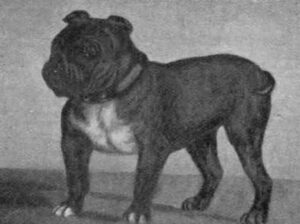 Last but not least, we have the Toy Bulldog. Yes – that image looks quite historic but it’s due to the fact that these bulldogs are now extinct. These bulldogs didn’t extinct up until around the early 1900s in England.

Due to extinction, breeders have tried countless ways to recreate this breed and have failed numerous times. According to reports, Toy Bulldogs are difficult to train.

For centuries, people from all over the world love bulldogs because they serve as wonderful companions, guardians, and various other purposes. While many people surely adore them, researching the three extinct bulldogs is quite heartbreaking during the process of publishing this list.

Bulldogs without a doubt are the friends and protectors of humans and will stick with us for many more centuries to come.