For the curious minds about French Bulldogs, you’re probably wondering to yourself if bulldogs are born with a tail.

You’re curious and it’s not getting any easier because you’re struggling to spot them while they’re constantly running and moving around. 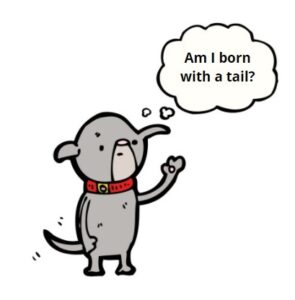 You might not even have the time to raise or be around one, so the question continuously repeats in your head.

Without a doubt, this French Bulldog question probably made your mind gradually build up your sense of craving for an answer.

After all – you’re here and you’re reading this bulldog guide right now, so scroll down to ease your mind full of tail wonders.

Now the truth is – French Bulldogs do in fact have tails but their tails are extremely short, which can fool many people into believing that they’re either docked, cut off, or born without one.

Aside from the small length of their tails, one important question regarding this is – what tail types are there and what’s the purpose of docking a tail? 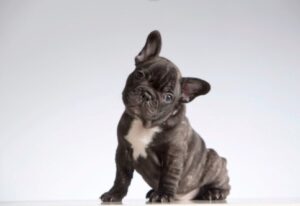 If you’re going to cross paths with a French Bulldog one day, your vision might convince you that their tails are cropped.

The chances of encountering a situation like this are pretty slim due to how many owners avoid docking their bulldogs’ tails when it’s already short enough.

Since not everyone fully understands the reason, the purpose, and the differences – let’s cover the French Bulldogs’ tail type.

A French Bulldog is described as a natural tail means that their tails aren’t cut. This occurs to many other breeds of dogs at the beginning of their lives.

Of course – when it comes to a bulldog’s natural tail, people mistake them as docked.

A cropped or docked is when an owner decides to shorten their dog’s tail by getting them cut either for medical purposes, aesthetics, or any other reasons.

As mentioned above, cropping a dog’s tail generally occurs at the beginning stage as a puppy but as for French Bulldogs – most owners don’t prefer it.

Do French Bulldogs Wag Their Tails?

After explaining the fact that French Bulldogs have short tails, the question on whether their tails wag or not makes it comedic the more you try to imagine it.

The reality is – there are actually many people wondering if it’s possible. By including this topic in the article, I bet you’re probably more curious now.

We would all be pretty fortunate to see a cute little French Bulldog wagging its tail in front of a crowd. I bet the bulldog that can wag its tail would probably create world peace. 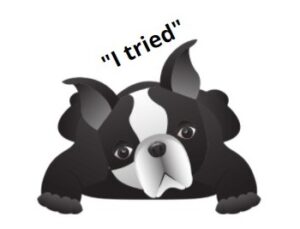 The most they can probably do is move it by a teeny bit but if you noticed some movements – there’s a good chance that your French Bulldog is a happy camper.

Are There French Bulldogs With Long Tails? 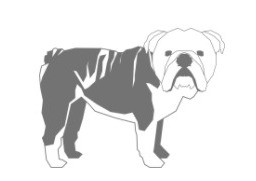 When it comes to purebred French Bulldogs, they usually have short tails. In the bulldog breeding communities, long-tail French Bulldogs aren’t recognized.

According to qualitydogresources.com, having a longer tail would likely lead your Frenchie to more health risks.

For years, many people getting into the topic of French Bulldogs have been wondering whether they are born with a tail or not.

Sometimes, it’s just difficult to spot their tails because they’re so short!

If you ever come across a French Bulldog and noticed its short tail trying to wiggle, there’s a good chance that it’s happy to be around you!