It’s best to discern the fact that many owners spend months to years debating on whether they should bring home a French Bulldog or not. Another factor when it comes to decision-making is where your French Bulldog will come from and that’s a huge step to finding the absolute perfect one to be living for the rest of its joyous life with you.

If your decision on determining the right type of bulldog has already been made, having an understanding when it comes to dealing with a breeder or adoption center will still equip you with helpful information. Of course, when it comes to this – there are no right answers. 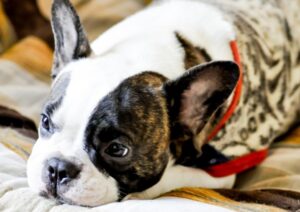 For the majority of first-time French Bulldog owners, finding your future companion through a breeder is likely the path to take. It’s much simpler. Why didn’t I mention “better” instead of “simpler?” By using the term “better,” it demands a higher degree of meaning. This makes it difficult to generalize in this scenario.

With that in mind, I will present to you the advantages and disadvantages when it comes to choosing your French Bulldog through a breeder. This will aid you in making a better decision. 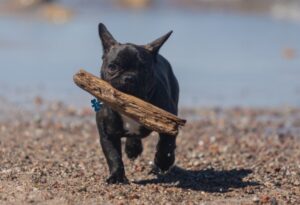 1. You get to see your French Bulldog’s medical history.

This is reasonably one of the most important aspects when you’re choosing your French Bulldog through a breeder. You get to view the medical information of a French Bulldog and the history of its family. Great French Bulldog breeders will spend an enormous amount of time to breed the best quality possible. By having these French Bulldog’s breed to near-perfect conditions, it’ll help potential owners dodge costly medical dilemmas as their French Bulldog ages.

2. You can expect continuous support.

With the availability of receiving information on the spot, most breeders are glad to help assist potential French Bulldog owners with questions they might have. Most breeders are passionate and they care deeply about the health of these French Bulldog puppies, so don’t hesitate to ask whatever questions. It’s better to know more about your French Bulldog for life than not knowing at all. Situations and problems can always come when you least expect them.

3. Matching yourself with the right personality.

Another advantage when it comes to adopting through French Bulldog breeders is that they can assist you in matching with the right personality of the puppy. I’m not talking about French Bulldog’s physical appearance but rather, the breeder can match you with a French Bulldog that you’re compatible with and easy to handle.

4. You get a wide selection of French Bulldogs to choose from.

The ability to make a decision on which French Bulldog you’re interested in is unquestionably a great benefit when it comes to working with a breeder. You have more selections on choosing your French Bulldog’s gender, a certain color, and a variety of other choices to make. Another tip worth mentioning is that you could always ask the breeder to add you to a waiting list until you find the perfect French Bulldog for you. 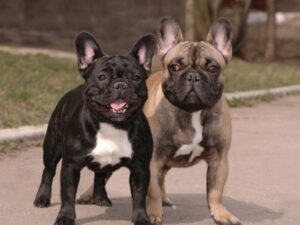 1. The upfront cost can be out of your budget range.

The price of working with breeders can be quite expensive but you will end up with a properly cared French Bulldog. In the end, it’s worth knowing your French Bulldog was well-taken care of and loved. You can expect the price range to be from $1,500 to $3,000 just for a single French Bulldog puppy but don’t hesitate to negotiate if it’s not within your budget. If you believe that these fees are too high, know that raising your French Bulldog will likely be less costly throughout its lifetime due to the possibility of avoiding medical problems and other smaller situations in the future.

2. For certain French Bulldog breeders, you might have to wait for pre-approval.

In contrast to adoption centers where you have the opportunity to see the dogs and make a decision on what you want, French Bulldog breeders have quite a different process during the selection. A large number of French Bulldog breeders will typically need you to fill out a question-like form before you get the approval of joining their waitlist. While many people find that this part of the process is not worth it, you should expect this if you’re planning to bring home your French Bulldog from a breeder.

3. Another disadvantage of working with French Bulldog breeders is the waiting time for your puppy.

Occasionally, breeders do not always have puppies available. On a positive note – if you’re waiting for the availability of your French Bulldog, then that’s a positive sign that you’re working with a great breeder. These types of breeders aren’t just breeding a huge number of puppies like a French Bulldog mill. While many people don’t prefer to wait, you should view it as a positive thing. If you’re waiting – it not only provides you with time to prepare for your French Bulldog but also gives you time to make sure you’re not making a drastic decision. 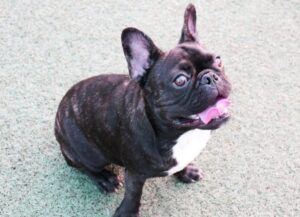 Adopting a French Bulldog From a Shelter: Advantages 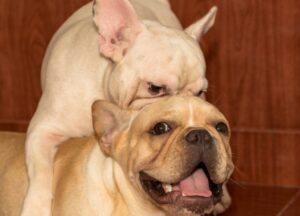 1. Adopting a French Bulldog from a shelter can be a great cause.

2. It’s not as costly compared to getting a dog from a French Bulldog breeder.

When you make a comparison between an adoption center and a French Bulldog breeder, you will notice a huge gap when it comes to the difference in fees. You can expect the price range for adoption to be between $300 to $400. This also depends on where you’re from and your French Bulldog age because prices do vary depending on the circumstances.

Adopting a French Bulldog From a Shelter: Disadvantages 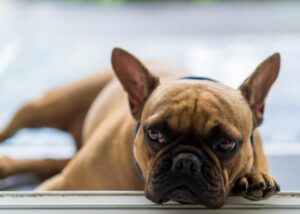 It’s important to keep in mind that even though adoption fees are less costly compared to breeders, it doesn’t change the fact that your potential French Bulldog’s medical history will be unknown. Although there is a small chance to locate a healthy French Bulldog, it’s worth knowing that most of them are likely in a not-so-good condition. It’s unfortunate but most of these dogs may not have the best care prior to being in the shelter or with a veterinarian.

It’s not always one hundred percent, but keep in mind that there’s a potential medical bill waiting for you throughout your French Bulldog’s life. While this isn’t meant to steer you away from the fact that these dogs from the shelters have a loving heart, it’s best to prepare yourself if any medical situations occur.

2. You won’t know what your potential dog was like and how they were treated by their previous owner.

The most heartbreaking piece of information is knowing that most of these dogs were likely mistreated in the past by their owners. Unfortunately, some dogs might be lacking proper training skills or even dealing with abuse. While you can’t read a dog’s past, you have to understand that you’re going to need to provide them a lot of your time and love. In the end, with enough care and flooding them with love – your French Bulldog will eventually trust you more and provide the same back.

3. You won’t always find a French Bulldog at a shelter due to the fact that your options are quite limited.

For a vast majority of people taking the path of adoption, how a dog appears is not something most will be concerned about. If you’re content with any selection, then you’re good. For others, these selections can sometimes be the dogs’ gender, age, or even their coat color.

If this article helped you find the most suitable way to bring home your Frenchie, be sure to leave a comment. Whether you choose to go through a breeder or bring home a Frenchie from a shelter – in the end, you’re still going to have a new family member.

Everyone has different preferences when it comes to where they want to get their French Bulldog.