In the bulldog world, we come across the terms “Frenchies” and “French Bulldog” quite often. There are times when people have mistaken these two terms as two different bulldog breeds.

While not every human being on this planet is a bulldog expert, one question that often gets asked is what’s the difference when it comes to Frenchies Vs. French Bulldog?

Well – there’s not much of a difference. Frenchies and French Bulldogs are actually the same types. French Bulldog is the official name for it while Frenchie is a made-up shorter version of the term.

French Bulldog owners often refer their bulldogs as Frenchie, which is a cuter version and an adopted term by many people.

That’s not only all. While there are many types of bulldogs with nicknames, French Bulldogs likely has one of the best nicknames! 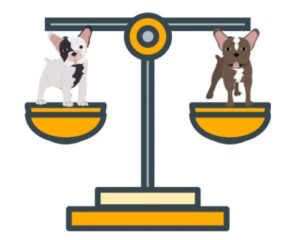 Since there are more interests throughout the bulldog world, occasionally – there will be people that will think Frenchies and French Bulldog are two different types of bulldogs.

We’ve met several people asking the same, so we’re here to help you! There are no differences except that it’s only a shorter way of saying the name; and cuter.

If French Bulldogs are around you throughout your life, you would’ve described them as Frenchies as well.

It’s a simple and easy-to-say nickname! 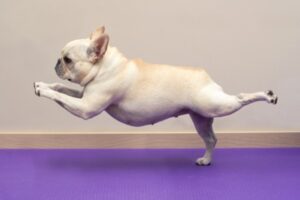 Frenchies is a common nickname used to describe French Bulldogs. Out of all the known nicknames, the nickname Frenchies is most commonly used.

French Bulldog is the official name describing a specific breed of bulldogs. They’re much longer to say in comparison to Frenchies, which is why it’s the preferable term throughout bulldog communities. 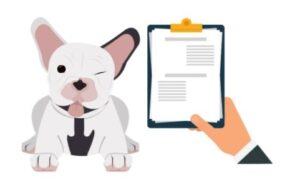 Aside from Frenchies being one of the common nicknames, there are other French Bulldog nicknames as well! 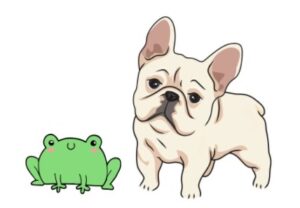 Frog Dog is another nickname used to describe French Bulldogs because they have a rounded face that’s wide. The way their legs are spread out gives the impression of a frog.

Who would’ve thought combining frogs and dogs into a name would be a great idea? 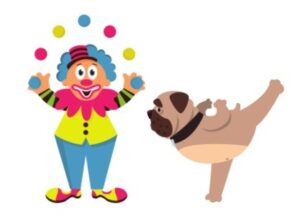 Another nickname used for the French Bulldog is “Clown Dog,” which describes these bulldogs as fun and loving. Bulldog communities have described these dogs as the “clowns of the bulldog world.”

After all – French Bulldogs were initially bred to be companion-type animals.

As you can see, clownish is on that list. French Bulldogs are clownish because they’re often clumsy and make a lot of hilarious noises.

Due to this, they’re irresistible and enjoyable to watch!

While it may seem confusing at first for people new to the bulldog world, the two are very similar when it comes to Frenchies Vs. French Bulldog. These two terms are describing the same dog breed but since Frenchie is a more easy term, bulldog lovers commonly use them.

Frenchie is probably one of the best nicknames in comparison to other bulldog types.