Being huge inbuilt, they require regular exercise and health to be taken care of, so they are not suggested for families who are adopting dogs for the first time. These dogs have been part of American history for as long as someone can remember and are generally found at homes who have farm animals, or who take part in dog shows.

Extraordinarily strong and tough both physically and mentally, they do vary in size and shape. It is quite easy to bond with American Bulldogs due to their affectionate nature.

Characteristics Of An American Bulldog 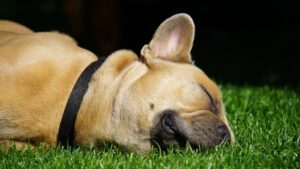 As mentioned above, they are a well built and strong breed of dog.

Following are the basic characteristics of an American Bulldog:

As much as they are comfortable with living outside and familiar with how to live due to their working heritage, like any other dog they do prefer to live with their owners inside their homes as they find it more comfortable. 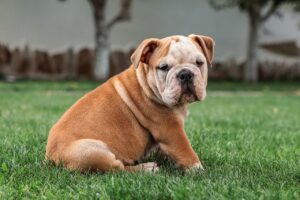 Originated in England, going by the assumptions and predictions, American Bulldog has been part of the United States since as early as the 1700s and are believed to arrive along with their respective families who were immigrants and moved to the United States. They have been known to drive and guard their master’s property.

According to history, during World War II, American Bulldogs nearly became extinct. All thanks to a war veteran named John D. Johnson and his partner Alan Scott, the breed survived as they worked hard to ensure that not just the American Bulldogs but also many other breeds lived a long and healthy life.

Now, this is where the two types of American Bulldog breed originated – Johnson and Scott. While the former one is a standard, making it a sleek, athletic dog is specially built for performance. The latter one is called a bully, a bulkier, heavier dog with high muscle mass.

There is also a third type of American Bulldog known as Hybrid, which a blend of Scott and Johnson varieties. Then there are smaller subsets of the breed in the Southeast.

American Bulldogs are typically known to be more confident, lively, socially active, friendly, and affectionate breed. They are extremely protective of their human family and their property. This possessiveness makes them fearless and always ready to attack anyone who tries to harm or cross paths with them.

Their athletic built, dominant nature, and power make them ideal for being a farm dog. They mingle easily with children as well as any other pet within the premises as long as they are raised with them from the beginning.

It is highly recommended to not leaves American Bulldogs alone and being socially active and inclusive is paramount for them otherwise they become extremely aggressive and chronically fearful towards anything that is not familiar to them. It is believed that other trigger points for these dogs other than being left alone include, unknown pets, children, any stranger, and/or postman.

Some of these characteristics and personality traits make these dogs not suitable for people who are adopting pets for the first time, living in a city, or do not have a huge open space like a backyard for them to play and enjoy.

Even though American Bulldog is a muscular and tough character, they suffer through multiple health issues in their lifetime if not taken care of properly.

Some of the most likely health issues that might occur in the breed include: 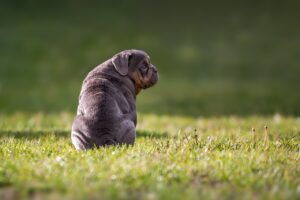 Simply because American Bulldogs are so muscular and active, they require a lot of food that has a great amount of protein. The correct dog food has a lot of meat protein, omega-3 fatty acids to maintain good health, and a little number of carbs to avoid any kind of weight gain.

Tip: Small American Bulldog is highly likely to become obese and overweight, so it is strongly recommended to give them veterinarian-recommended diet food to avoid the above-mentioned diseases.

Since these bulldogs originate from working heritage and are athletically inbuilt, it is of great importance that they have an active lifestyle, including at least two physically exhausting walks in a day. As much as these bulldogs love to run and chase, one must include the game of fetch as it is basic in keeping them happy. Beyond physical exercise, they also need mental workout as they are highly intelligent and need regular mental stimulation.

Tip: Since the chances of joint diseases are extremely high in this breed, do not exert these dogs beyond the limit at least during the first 12-18 months of their life.

Being a short-coated breed of dog, it is quite easy to groom and maintain American Bulldogs. It is advised to regularly burnish with probably a grooming glove or slicker which helps in trapping shed hair and keeping it off the soft furnishings.

For bathing, it is recommended to do it once a month because when done more than this, you may risk stripping away the natural oils that help in conditioning their skin.

American Bulldogs are very stocky and have a strong built. They are very muscular in appearance with a large head. Their chest and shoulders are comparatively bulkier and more muscular. Since their coat is short and smooth, they require little maintenance except bathing them every few days.

Their chest is deep and broad, the back is also broad and muscular, shoulders are strong, and ribs are well rounded. They have a large and wide head, prominent cheeks, a wide nose, and immensely powerful jaws. The eyes are almond-shaped and mostly dark brown in pigment.

They come in a variety of colors including White, Fawn, Red, Brindle, and Brown and are either solid white with brindles or have patches of various colors.

If you are planning to purchase an American Bulldog, you should consider buying them from a breeder via the American Bulldog Association and the United Kennel Club. They generally charge approximately $775 to $800 for the puppy. The papered dogs with titles can cost you as high as $1600 to $8000.

Getting a dog in a family is like getting a child. Each dog, irrespective of the breed requires proper care, love, and nourishment. While the amount of nourishment and care may differ along with the geography, in the case of American Bulldogs, it is highly recommended that you purchase it only if you can fulfill its need for continuous workout and can keep him physically active. Beyond the physical activity, the other important aspects include, providing them with a proper and continued social life thus helping them deal with possible aggression.

Also, keep in mind that while it is not impossible to keep American Bulldog in a city, it can be very difficult as they require huge space like a farm or a backyard to maintain their routine of physical activities. Leaving them alone for a prolonged period, so if you have a busy life in the city, it is not advisable to adopt American Bulldog.

Similar to the American Bulldog, there are other bulldog breeds that you should check out: